The Power Of Fresh Paint 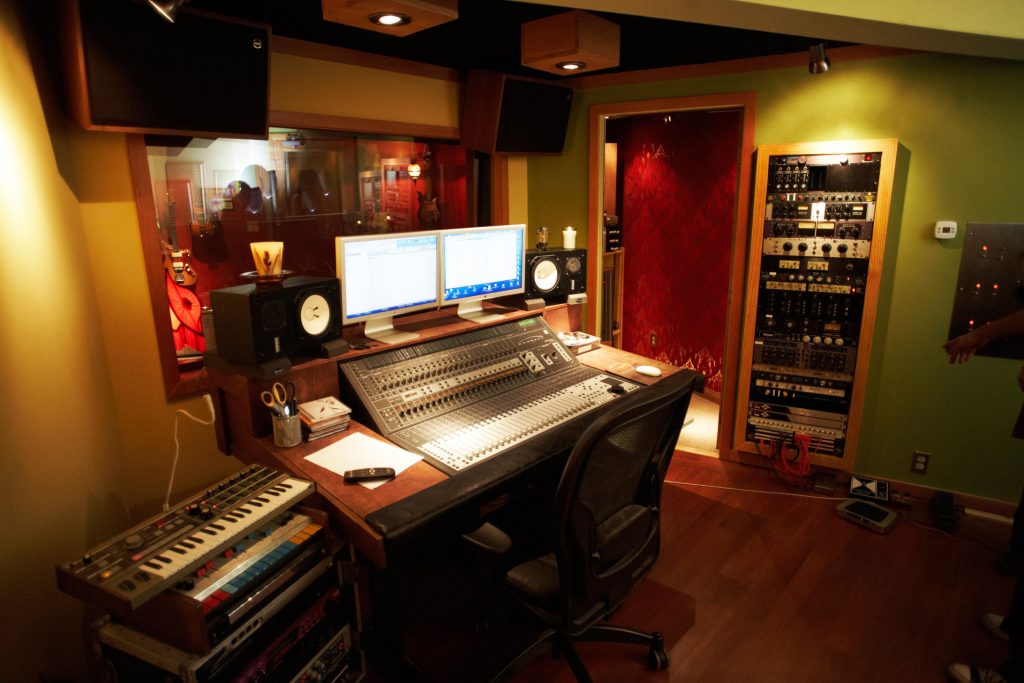 We set plans in motion at the beginning of this year to upgrade Bobby’s recording space, CatBeach Studio.

After months of research, we purchased the new rig, new components, new wiring, and a few specialty items (details to come in a later post!). We spent weeks rendering the specifics of the workflow and how it would best be accomplished through the wall rack spaces and through potential new desk rack spaces.

After looking at a multitude of new studio desks, we decided to commission a local millworker to build a custom desk for the new rig.  And with the commission, came a wait time of a few months…to be expected for the custom order. So, there we were with all of the new gear and it’s wiring, sitting in the garage, just…waiting.

Anyone who knows me, knows that once I’ve instigated a project, I have a hard time waiting. I like to see progress. I like the movement and experience of the gradual change that comes with each step.  So, I decided to switch around the project schedule a bit, to grant me some much needed project satisfaction. I attacked the final interior design decisions, which definitely gave us the feeling of being in an entirely new space.

Check out the Before + During + Afters here:
Here is the CatBeach Studio control room before pic. As our loving studio-rat/bass-monkey/taste-maker, Jonathan Ahrens said, ‘something about the studio brought us all right back to the set of ‘Friends’, circa 1996.’ 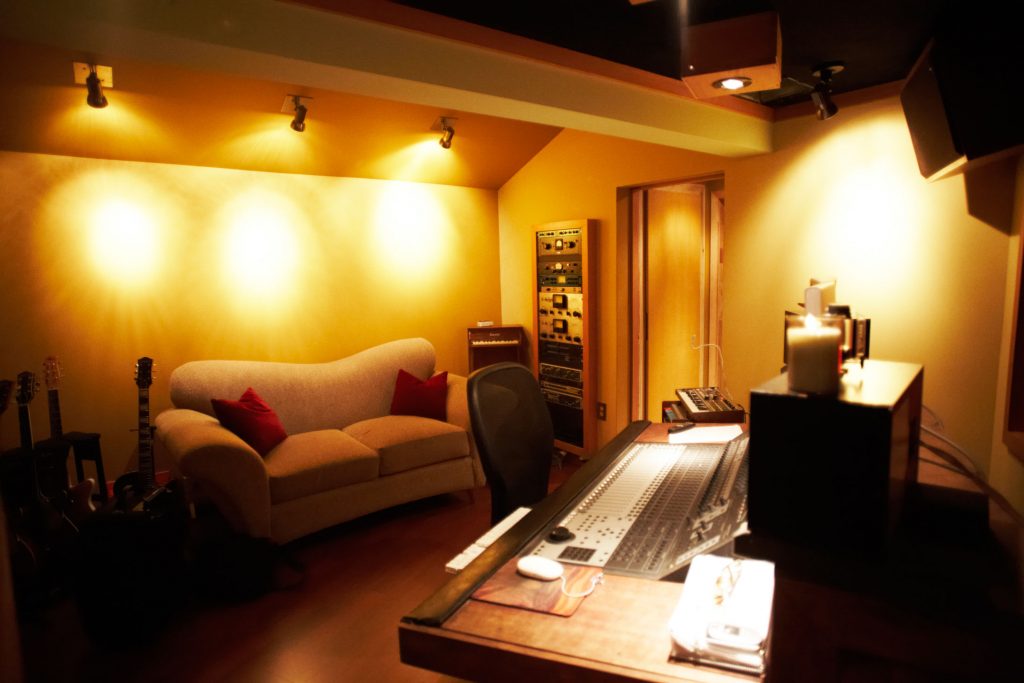 Ok, so I addressed the couch first. The little 80’s heart-shaped love seat was actually ridiculously comfortable…so it was hard to say goodbye, but well, it was time…oh, and those arms – they took up half of the room! We replaced it with a 6′ leather sofa from RH…perfect for the space…this picture is a luxurious 8′, but you get the idea:

The next major thing to address was the wall color in the control room and hallways. The walls were various shades of happy yellows and greens.  It was time to change the mood. I wanted to go with something more dramatic, that would bring out the beautiful wood grain in the wall racks and in the new desk. We deliberated over 3 potential shades: 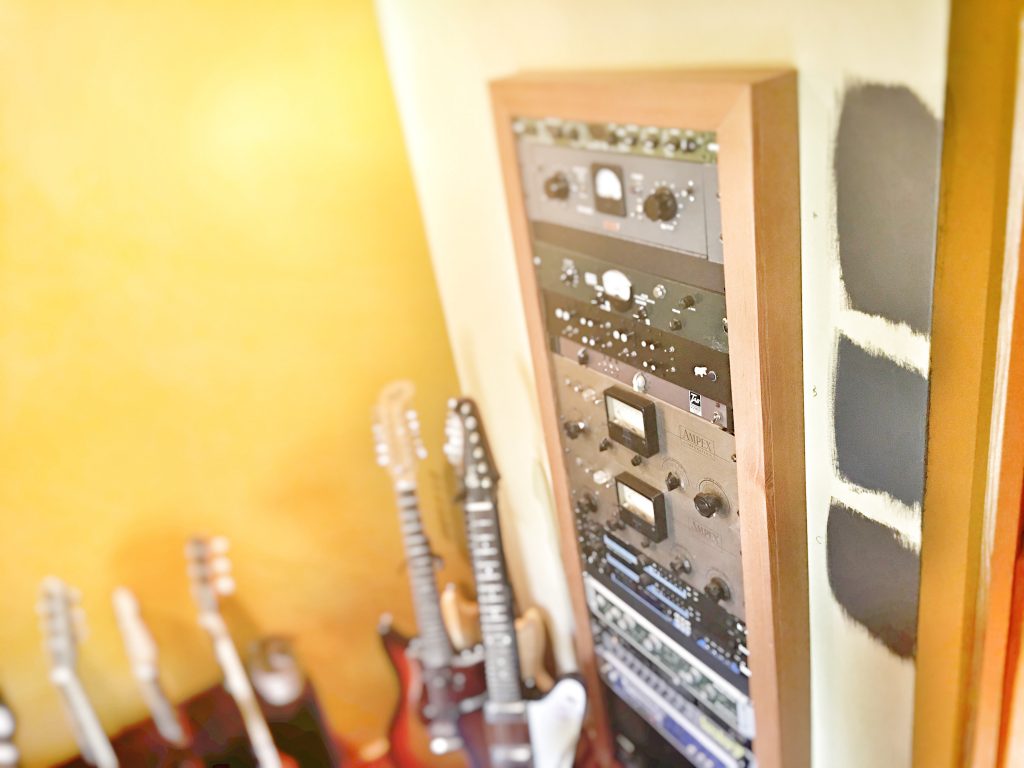 In the end, we went with the one in the middle – Benjamin Moore’s Baby Seal Black.
And then, the final detail for this step in the project, was to update the white registers on the wall. We decided on some hefty mission-style chrome registers from Signature Hardware. I forgot to order them in brushed stainless, which led to this little Saturday morning project: 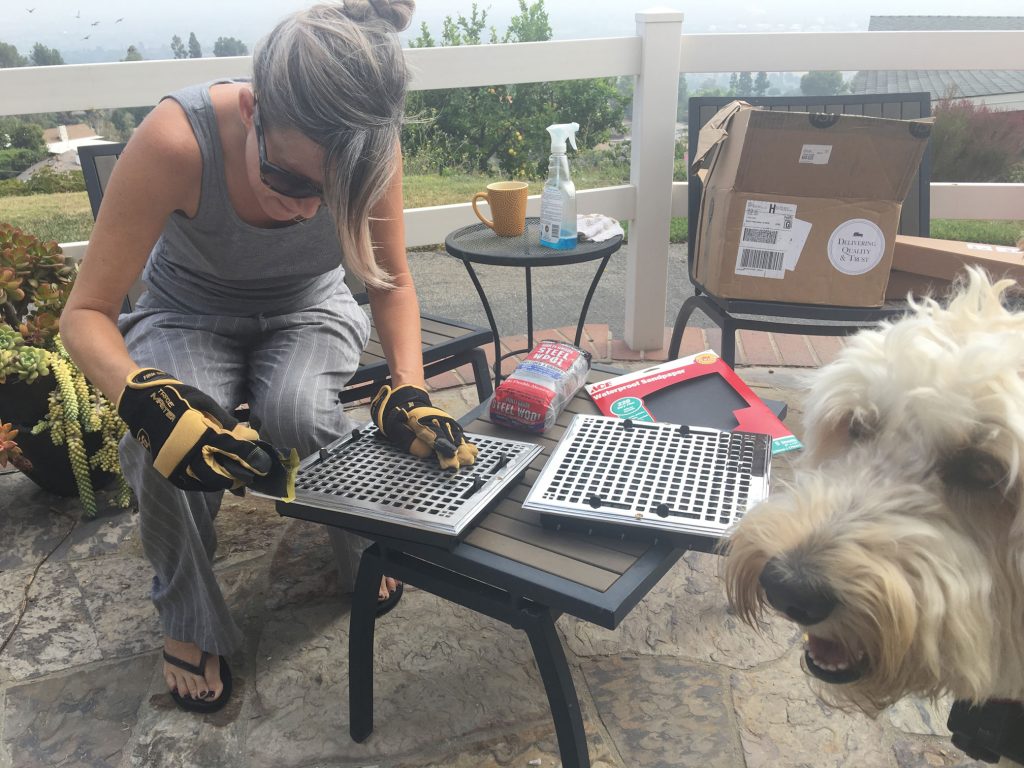 We installed the registers in their newly painted walls…and that was all I needed to feel the rush of satisfaction and a sense that this Studio Remod was moving forward. Here’s a sneak peak of the studio to this point: 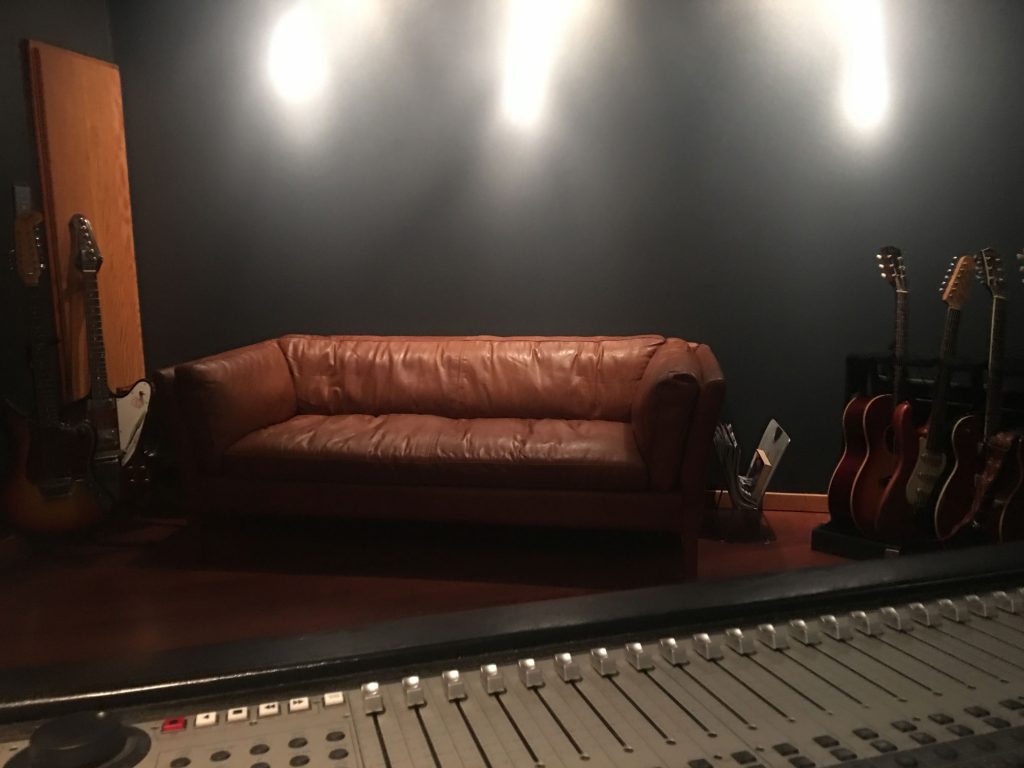 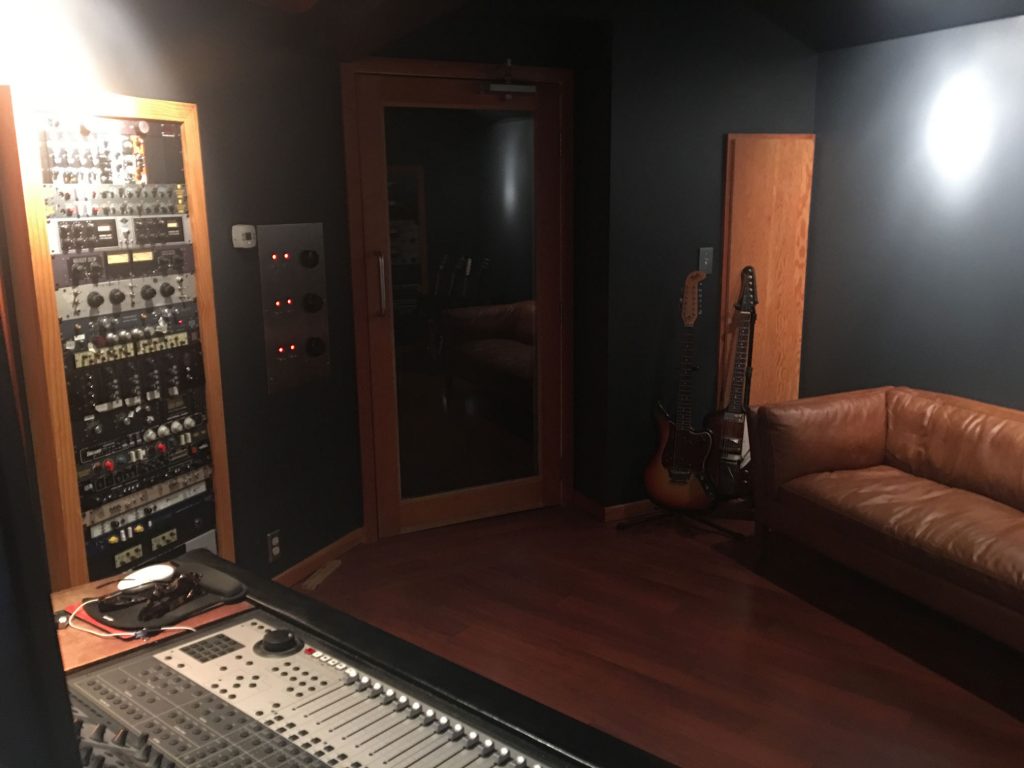 Our friend, Daena Jay, loves it and is soaking it all in while writing the next big hit. Yeow! 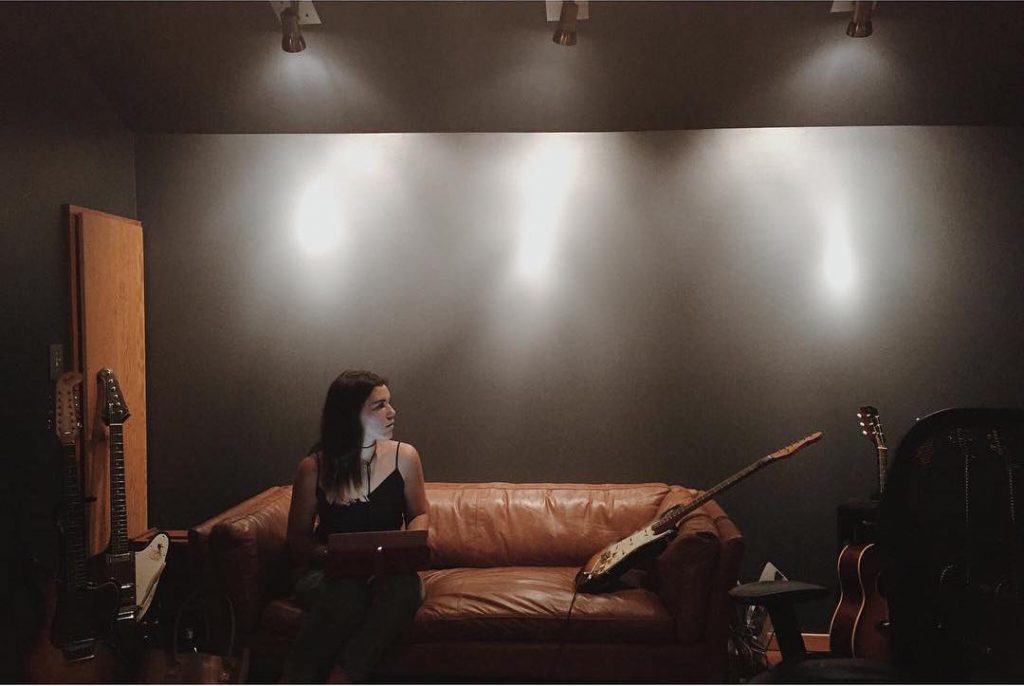 Stay tuned for more updates on the CatBeach Studio Remod.